Previously collaborated with the client in the field of contextual advertising. 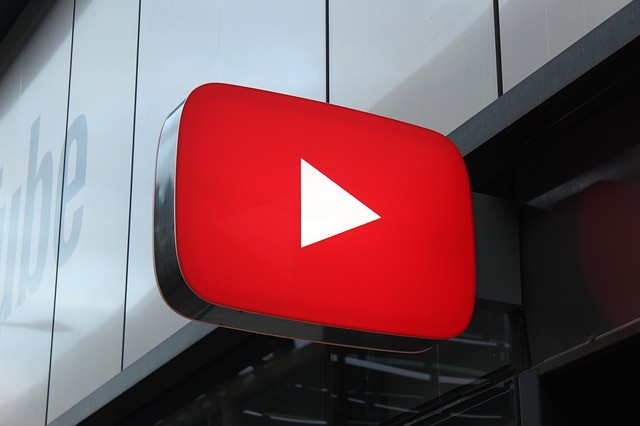 What goals are set

What were the initial indicators at the beginning of work

What was available at that time:

It so happened that the client himself asked us to work on his project due to previous cooperation, which left positive impressions.

Since the start of the advertising campaign, the freelancer has been promoting the business with which the customer has decided to stop.

The channel went to us at the end of November. After analyzing the indicators, we came to the conclusion that the customer was right in the decision to take a new approach to promotion and to refuse the services of a freelancer.

The difference in views between the videos that were generated using the Google Ads tool was enormous.

Of the 16 commercials, only the first and the third commercials were actively advertised, and the first one had 215 thousand views, and the third one had 27 thousand out of the available 248 thousand, 97.5% of the spent advertising funds went out, which is 14 811 hryvnias, were spent only on roller.

Having arranged a brainstorming session, we decided to set tasks in the following areas:

For additional stimulation of subscriptions, every 2 months to organize a competition with a valuable prize.

There are a large number of factors affecting the ranking of videos on YouTube. Here are some of them:

Our main goal is to show videos to people who watch similar content and want to subscribe. For relevant targeting, we selected:

A great tool to attract subscribers. Played an e-book through FB. The conditions were simple:

Timecode. You may have noticed how bloggers, in long videos, pinned a message with a list of time codes by clicking on one of them you go to a certain point in the video (This is more convenience for subscribers, not optimization). 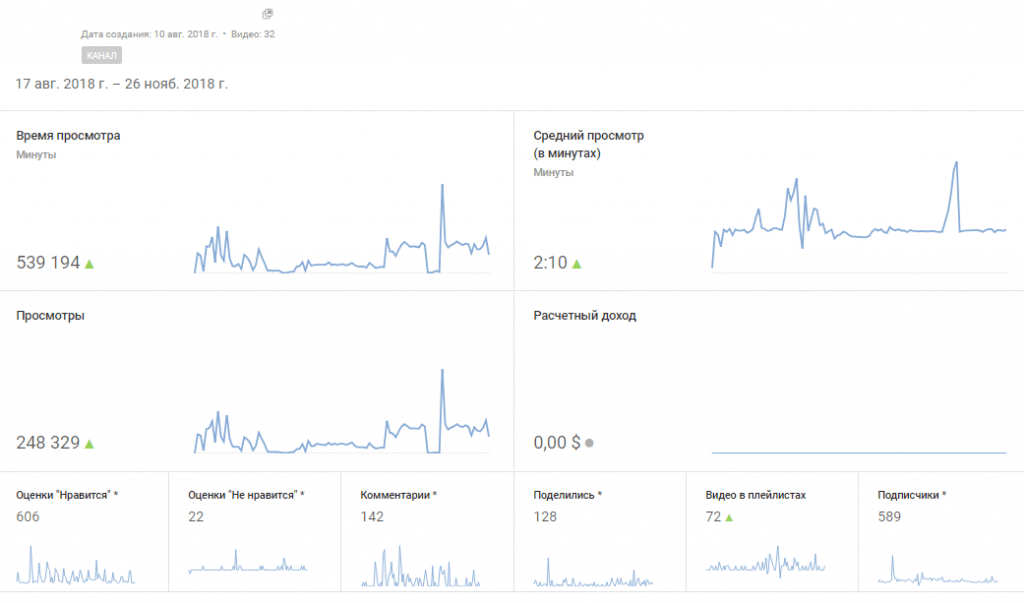 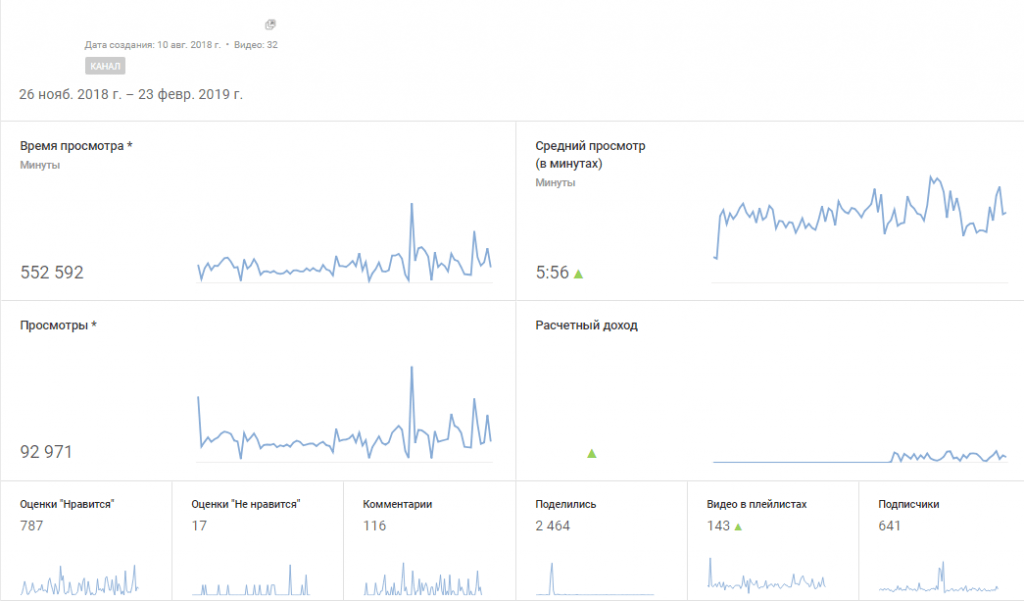 As can be seen from the two graphs – the result is obvious. First of all, what is striking is the average view in minutes.

Views have decreased, but the number of subscribers is greater.

What else can be done:

The most important thing is to aim at your target audience, after that, systematically move to a million subscribers) 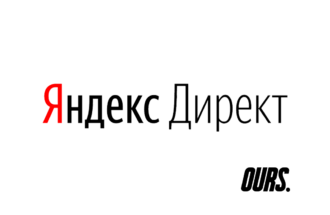